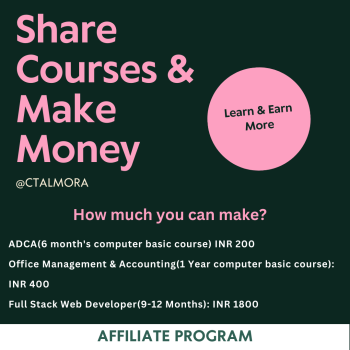 The word "computer" comes from the word "compute",which means,"to calculate".Hence,people usually consider a computer to be a calculating device that can perform arithmetic operations at high speed.We can define a computer as a device that operates upon data; data can be either numerical,non-numerical or a mixture of both.Nowdays 80% of work is done by the computer.
A computer is often referred to as a data processor because it can store,process and retrieve data whenever desired.The activity of processing data using a computer is called data processing. Data processing consists of three sub activites:-capturing input data, manipulating the data, and managing output results.Hence,data is raw material used as input to data processing and information is processed data obtained as output of data processing.

"Generation" in computer provides a framework for the growth of computer industry based on key technologies developed.There are totally five computer generations known until today.

First-generation computers worked on the principle of storing program instructions along with data memory of computer so that they could automatically execute a program without human intervention.Memory  of these computers used electromagnetic relays and users fed all data and instructions into the system using punched cards.Programmers wrote instructions  in machine and assembly languages because of lack of high-level programming languages in those days.Ex:-ENIAC(Eletronic Numerical Integrator and Calculator).

Memory of second generation computers was composed of magnetic cores.Magnetic disk and magnetic tape were the main secondary storage media used.FORTRAN,COBOL,ALGOL and SNOBOL are the high level programming languages used.

A verage number of electronic components packed on a silicon chip doubled each year after 1965.This progress soon let to the era of large-scale integration(VLSI),when it was possible to integrate about one million electronic components on a single chip.This progress led to a dramatic development-creation of a microprocessor.It started a new social revolution-personal computer(PC) revolution.
High-speed computer networking also developed during fourth-generation  like local are networks (LANS) became popular for connecting computers within an organization or with in a campus and similarly wide area networks(WANS) became popular for connecting computers located at larger distances.
Ex:-IBM PC and its clones,TRS-80.